An Alternate History of the St. Louis Gateway Arch,

as discovered by fabled raconteur Cujo

Our raconteur Cujo recently visited St. Louis. He was awestruck by the idea of seeing the famous Arch. 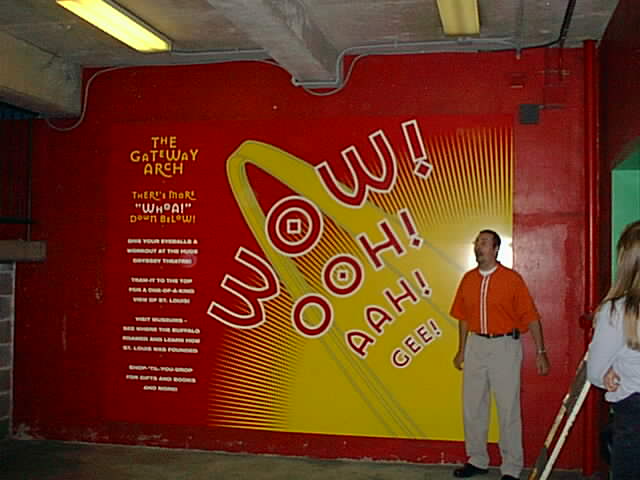 As he approached the Arch, he spied an outcropping of ginseng. Lying beneath its leaves was a scrap of paper.

He investigated further, and was intrigued immediately -- it showed that the Arch wasn't in Missouri at all, but rather in Illinois! 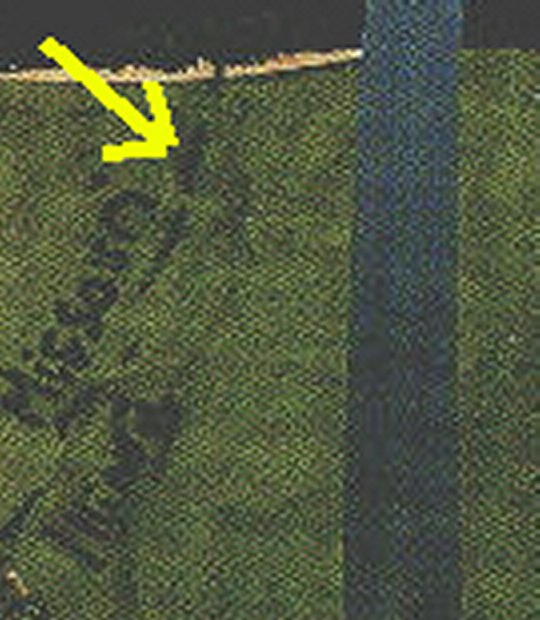 Cujo felt compelled to get to the bottom of this. Was the St. Louis Arch really in Illinois?

After consulting the topographical resources, he found that, indeed, the flow of the Mississippi River had changed over the years, and that the land on which the Arch currently stands was once on the East side of the river (that is, in Illinois).

Cujo then noticed that the base of the Arch had some unusual properties, so, wanting to research this more fully, he began to focus on the actual construction process. He found some hieroglyphic-like characters at the base of the Arch, which, as it turned out, were written in the ancient Illini language. He sought diligently for a translator, with no success. He did locate two descendants of the tribe, named Jake and Bobby, who lived near the local dog pound. Unfortunately, even though they both were aware of their existence, neither had ever learned to read the glyphs.

Cujo continued searching, and found a petro-carving that showed a most unusual scene. Ancient Illini were using their best practices to construct a huge oval structure, which certainly would have qualified it as one of the ancient wonders. It's rumored that Sacajawea guided Lewis & Clark to see the Oval during their expedition in 1804; however, unfortunately, most of the records of that part of their journey have been lost.

However, during the great earthquake of 1811, the magnificent Oval started sinking, and as the river's flow sought a new path, the Oval sank more and more. Eventually, the monument was on the West side of the river, as it is today.

The History of Southern Illinois, "On December 17, 1811 a great earthquake awakened the settlers in Illinois with a violent trembling. Fields rippled like waves on an ocean. Trees swayed, became tangled together, and snapped off with sounds like gunshots. In some places sand, coal, and smoke blew up into the air as high as thirty yards. People as far away as Canada and Maryland felt the tremors. It was reported that the earthquake shook so violently that tremors were felt as far away as Boston. It was reported that this earthquake made the Mississippi River flow backward momentarily. The river changed its course in several spots as a result of the earthquake as new islands appeared and others disappeared in the river. The earthquake is estimated to have been equivalent to an 8.0 on the Richter scale.")

The bottom of the Oval became completely covered with silt -- so it now appears to merely be an arch. A huge arch, certainly, but the oval properties have been obliterated.

Or have they? One evening, our raconteur Cujo was again contemplating the Arch and noticed that, under certain lighting conditions, he could actually see an indication of the original oval shape! 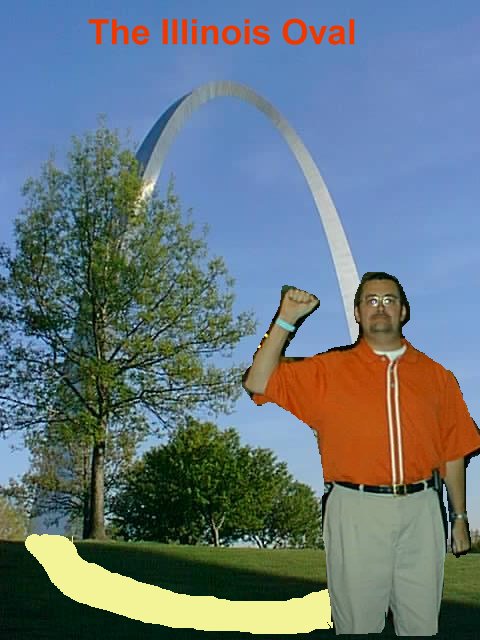 After making this discovery, Cujo wanted to share it with everyone. He now eagerly relates this story to anyone who will listen.

The legend is transcribed here for your reading pleasure.

Just be sure to not take this too seriously!!